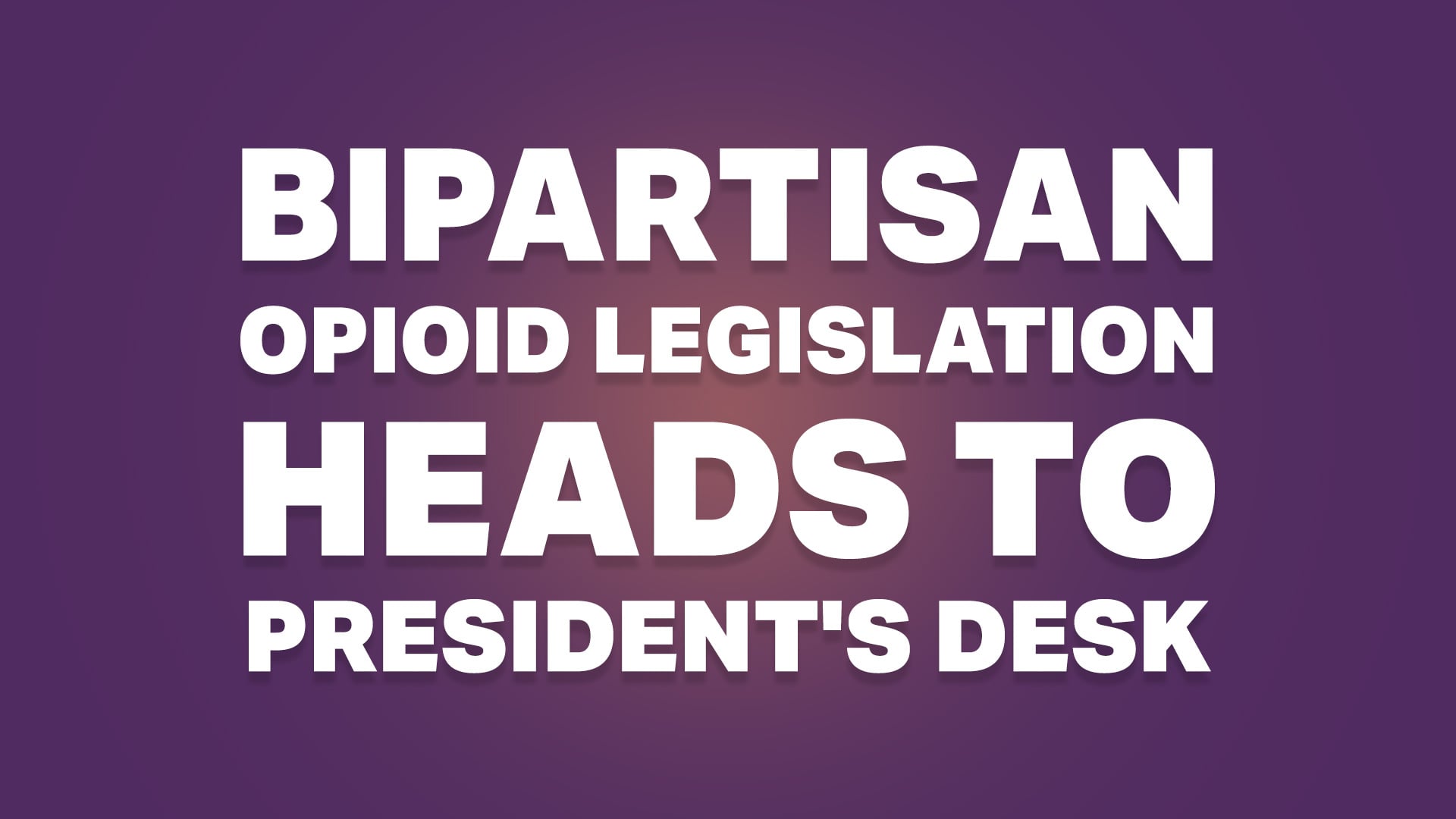 We have been holding off reporting on a rare bipartisan effort from Congress to continue to address the national opioid epidemic, only because like most Americans, we have become cynical that anything works in that institution of government anymore.

However, yesterday, October 3, 2018, the Senate approved the compromise version of the House bill which means that the legislation is now headed to President Trump’s desk for signature.

The summary, provided by Congress, provides that the bill:

The bill also alters Medicare requirements to address opioid use. Specifically, the bill:

The bill also addresses other opioid-related issues. Specifically, the bill:

The bill is meant to address several aspects of the opioid crisis — which involves overdose deaths from prescription painkillers and heroin — through medical research, expanding access to treatment, giving more tools to law enforcement, but only allocates roughly $8.5 billion in funding authorized in appropriations bills passed earlier this year.  Some lawmakers suggested $100 billion was the necessary number.

The bill’s passage comes a year after President Trump declared the opioid crisis a national emergency. The Senate’s vote was the last step before the President signs the measure into law.

Public-health advocates laud the bill’s increased attention to treatment, which they say is the key component to overcoming addiction. The legislation would create a grant program for comprehensive recovery centers that include housing and job training, as well as mental and physical health care. It would increase access to medication-assisted treatment that helps people with substance abuse disorders safely wean themselves.

Another major aspect of the bill is the change to a decades-old arcane rule that prohibited Medicaid from covering patients with substance abuse disorders who were receiving treatment in a mental health facility with more than 16 beds. The bill lifts that rule to allow for 30 days of residential treatment coverage.

The legislation passed Wednesday, which spans more than 650 pages, aims to tackle the crisis by going after different angles that have made it more difficult for healthcare workers to respond. It allows hospitals to take in more patients with addiction to receive government funding, allows more medical providers to prescribe addiction treatment, helps the postal service intercept fentanyl from being sent through the mail, and encourages the development of a non-addictive treatment to pain. Lawmakers stressed that they saw the bill as only the beginning.

Many say that this amount of money simply isn’t enough, as the epidemic, by some reports (released by the National Institute of Drug Abuse) kills more than 115 people a day die from opioid overdose and 21 percent to 29 percent of patients prescribed opioids for chronic pain misuse them.  According to the CDC, overdoses killed more than 50,000 people in 2017 alone. As a result, Sen. Elizabeth Warren, D-Mass., and Rep. Elijah Cummings, D-Md., had introduced measures that would have provided $100 billion toward the effort over a decade, which was modeled after the bill Congress passed to fight the HIV epidemic during the 1990s.

There are other critics of the bill as well, for not doing enough.  “This legislation edges us closer to treating addiction as the devastating disease it is, but it neglects to provide the long-term investment we’ve seen in responses to other major public health crises,” said Lindsey Vuolo, Associate Director of Health Law and Policy at Center on Addiction in an interview with The Washington Post. “We won’t be able to make meaningful progress against the tide of addiction unless we make significant changes to incorporate addiction treatment into the existing health care system.”

One provision negotiated by leaders allows hospitals to receive Medicaid payments when they take in more patients who have a mental illness or addiction. Previously, hospitals were allowed to take in no more than 16, leading to long wait lines for care. The bill also allows patients to stay as long as 30 days, rather than the 15-day limit currently in place.

The opioid legislation also allows more healthcare providers to give medication to patients that helps them stave off the painful symptoms of withdrawal. It seeks to reduce the prevalence of illicit fentanyl, a highly potent drug, by having the postal service scan packages coming from overseas. It also requires prescription painkillers to be sold in blister packs so that the amount patients receive is limited and so that patients can tell how many they have had.

The Food and Drug Administration would be required to update information on nonaddictive treatments for chronic pain and addiction. In January, the FDA released its strategic policy roadmap, which included bolstering efforts to prevent and treat opioid addiction.

The issue has bled into other areas of health and the economy. People who use drugs are unable to pass drug tests to secure jobs, and the spread of HIV and hepatitis C has increased in communities where sharing infected needles is common. Patients with severe pain have said they do not have an alternative allowing them to find relief, and patients who seek treatment for addiction often make several attempts and cycle through the criminal justice system. Drug users report that they have been revived with the drug naloxone during an overdose but then did not receive treatment for addiction, causing them to return to drug use and overdose again at a later time.

“I hope Congress doesn’t think they can put this behind them because they passed these bills,” said Patrick Kennedy, a former Democratic congressman of Rhode Island and a mental health advocate. “It takes an urgency like we had during HIV-AIDS. That will call to mind what it takes to address a crisis, it takes political will.”

Excepts for this story have been taken from: