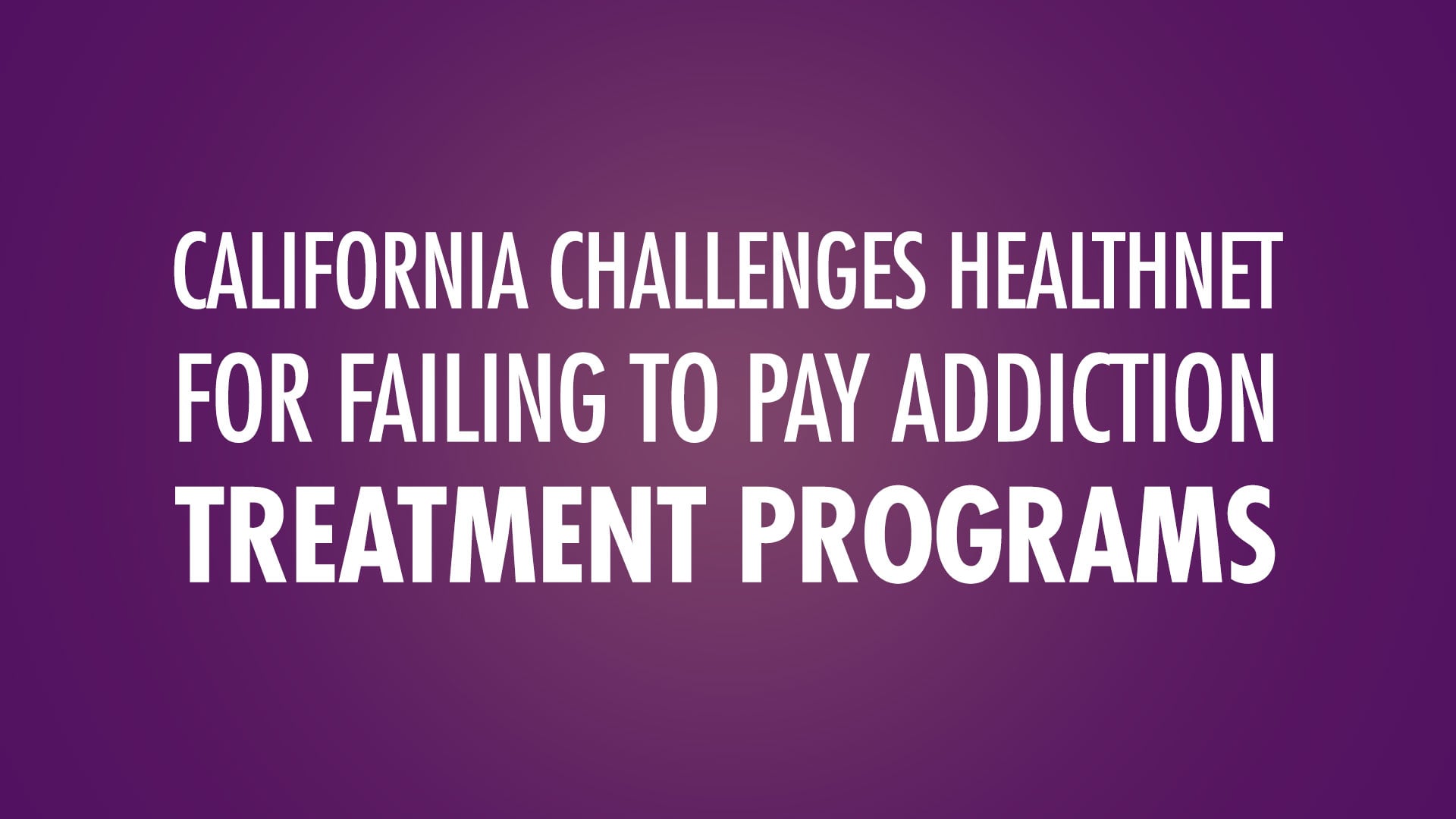 FierceHealthcare.com reported last Thursday, August 2nd, that, for the second time in just over a year, California regulators have warned the insurer HealthNet Inc. that it is violating state and federal laws by refusing to pay substance use treatment providers, a warning that could lead to millions of dollars in penalties.

Late last month, California’s Department of Insurance (DOI) formally issued an order to show cause against HealthNet, setting up a hearing to potentially penalize the Centene-owned company with fines that could reach hundreds of millions of dollars.

In June 2017, the agency sent an order to HealthNet’s lawyers after providers began filing complaints over HealthNet withholding payments to addiction recovery facilities. The DOI later withdrew the order after it appeared HealthNet was settling underpaid claims with providers.

The July 2018 Order said the insurer failed to pay inpatient and outpatient claims according to its policy, which resulted in the “underpayment and unfair settlement of claims.” Specifically, the DOI says HealthNet paid claims from residential treatment centers by substituting a bundled per diem Medicare rate “for an entirely different service furnished by an entirely different facility.”

Additionally, the DOI says, beginning in 2016, HealthNet referred all providers that filed complaints to its Special Investigations Unit (SIU) “prior to performing a reasonable review of the claims.” Several lawsuits filed against HealthNet by substance use providers have claimed HealthNet began “robo-signing” medical necessity denials.

“These business practices resulted in illegitimate denials and delayed payment of claims,” the notice states. “Referring claims requests without proper investigation is an unreasonable standard for the investigation and processing of claims.”

California, HealthNet, insurance, Lawsuit, Parity
SOBER LAW NEWS IS A LEGAL WEBSITE PROVIDING NEWS, COMMENTARY AND OPINIONS ON THE ADDICTION TREATMENT AND RECOVERY SERVICES INDUSTRIES. THE ARTICLES REPOSTED ON THIS SITE TAKE AN IN-DEPTH LOOK AT CURRENT TRENDS IN THIS DYNAMIC HEALTH CARE SECTOR AND THE LAWS THAT GOVERN ITS REGULATION AND GROWTH. OUR HOPE AND PURPOSE IS TO PROVIDE RELEVANT AND ACCURATE INFORMATION TO THE PUBLIC AND TO POLICYMAKERS THAT WILL HELP GUIDE THE PROVISION OF ADDICTION TREATMENT OUT OF THE SHADOWS AND INTO TRANSPARENT, MAINSTREAM HEALTH CARE. THE INFORMATION PROVIDED ON THIS WEBSITE IS FOR INFORMATIONAL PURPOSES ONLY AND IS INTENDED AS A PUBLIC SERVICE. ANY QUESTIONS OF A LEGAL NATURE SHOULD BE DIRECTED TO AN ATTORNEY, AND THE INFORMATION ON THIS WEBSITE IS NOT INTENDED TO REPLACE LEGAL ADVICE FROM A LICENSED ATTORNEY IN YOUR STATE. BY USING THIS WEBSITE, YOU ACKNOWLEDGE THAT YOU MAY NOT RELY UPON OR REFER TO THE CONTENTS AS BEING LEGAL ADVICE OR GUIDANCE PROVIDED BY JEFFREY C. LYNNE, ESQ., WITHOUT HIS PRIOR WRITTEN CONSENT.