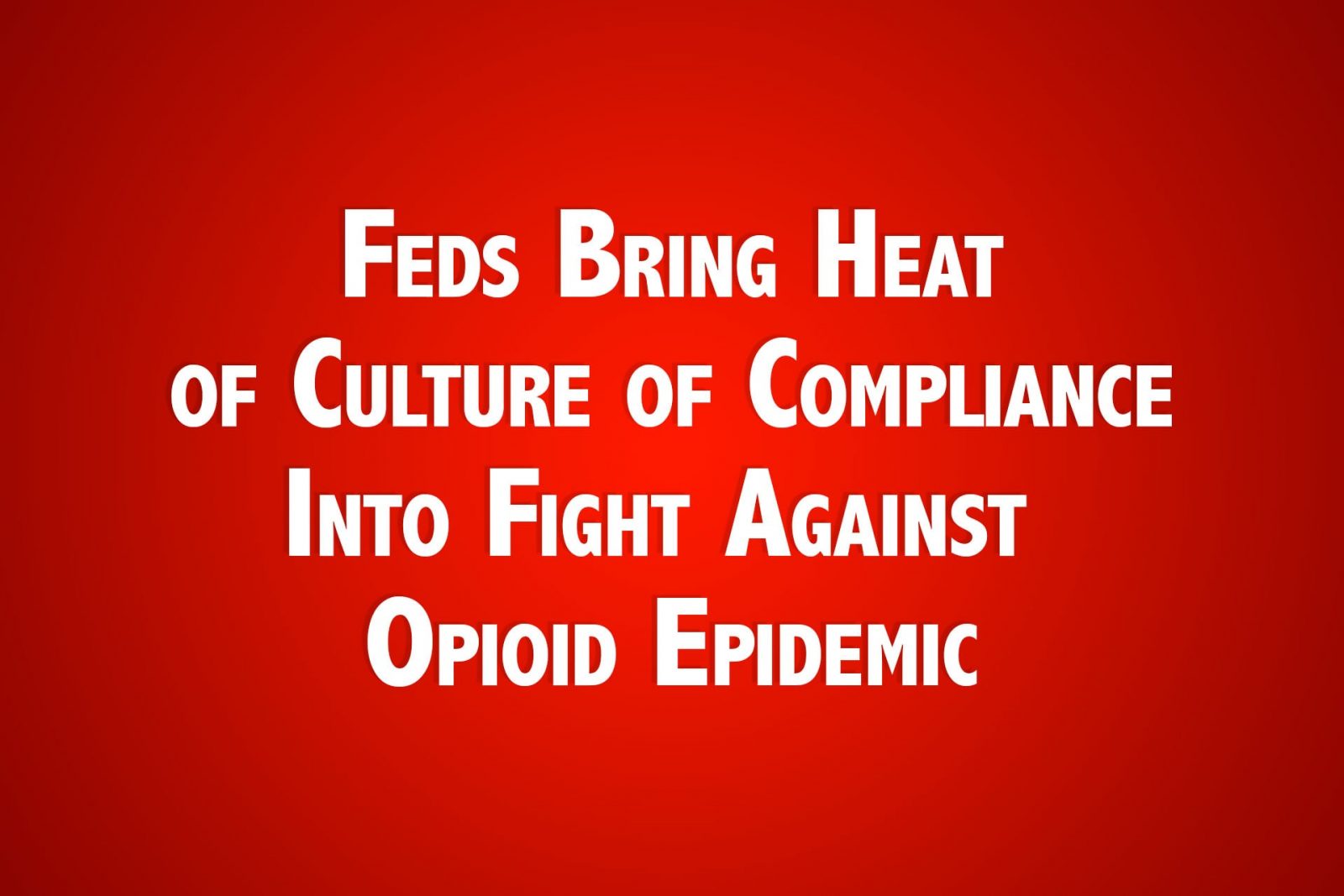 The other day we wrote about the importance of treatment programs hiring educated and trained (and preferably “certified”) compliance professionals into the ranks of management, in order to identify and address non-compliant activities and to make corrections.  While not mandatory, government regulators and prosecutors often look to the implementation of an effective compliance program as a mitigating factor when it comes to penalties and punishment for otherwise non-compliant behavior.

However, merely hiring anyone and naming them as “compliance officer” is both dangerous, and in the case of Rochester Drug Co-Operative Inc,. one such “compliance officer” has been criminally charged for sticking his head in the sand while ownership was distributing millions of doses of opioids to alleged pill mills.

Rochester Drug Co-Op acted as a middleman between laboratories and pharmacie and grew to be one of the nation’s largest drug distributors at the height of its opioid push, supplying 1,300 pharmacies in the northeastern U.S., according to the DOJ. The DOJ claims sales soared from 2012 to 2017 as the company took on pharmacy clients that other distributors refused to service.

Law360 is reporting that William Pietruszewski a “logistics specialist” at Rochester, who was only later “handed” the role of Compliance Officer with little direction and no training, has also been charged with conspiracy to distribute narcotics, conspiracy to defraud and failing to tell the Drug Enforcement Agency about suspicious pharmacy orders. He has agreed to plead guilty.

DOJ said Pietruszewski was managing the warehouse and tracking inventory at Rochester Drug Co-Op when he took on a second role as chief compliance officer. The document suggested compliance was established as an afterthought to profit.

“This historic investigation unveiled a criminal element of denial in RDC’s compliance practices and holds them accountable for their egregious noncompliance according to the law,” DEA special agent Ray Donovan said after the charges were unsealed.

“One of the lessons here, certainly, is that one of the first things the government is going to look at is the compliance program,” Tom Hill of Pillsbury Winthrop Shaw Pittman LLP said. “They want to see if it’s designed in an effective way and implemented with the appropriate degree of seriousness and rigor, as opposed to being there for window dressing purposes.”

The weight that prosecutors place on corporate compliance programs has only grown in the quarter-century since the DOJ established expectations for them in criminal sentencing guidelines. Pietruszewski’s case is a shining example, attorneys said, that compliance structure and effectiveness can determine the outcome of a government investigation.

“It continues to seep into the fabric of corporate America,” said Margaret Cassidy, chair of the American Bar Association’s compliance committee. “Even in smaller companies, they’re beginning to realize the vulnerability they have, the risk they have if they don’t develop some sort of ethics and compliance program.”

Experts said compliance programs should be designed to deal with situations like the one alleged at Rochester Drug, where CEO Laurence Doud and another executive — who remained unidentified and uncharged as of Tuesday — are said to have bred a culture of noncompliance.

“The question is if you have enough checks and balances so that, when mistakes happen, you are likely to catch them,” Hill said. He suggested, for starters, that companies must take every internal complaint seriously. Rochester Drug Co-Op failed on that front too, prosecutors claimed.

compliance, Compliance Officer, DOJ, Opioids
SOBER LAW NEWS IS A LEGAL WEBSITE PROVIDING NEWS, COMMENTARY AND OPINIONS ON THE ADDICTION TREATMENT AND RECOVERY SERVICES INDUSTRIES. THE ARTICLES REPOSTED ON THIS SITE TAKE AN IN-DEPTH LOOK AT CURRENT TRENDS IN THIS DYNAMIC HEALTH CARE SECTOR AND THE LAWS THAT GOVERN ITS REGULATION AND GROWTH. OUR HOPE AND PURPOSE IS TO PROVIDE RELEVANT AND ACCURATE INFORMATION TO THE PUBLIC AND TO POLICYMAKERS THAT WILL HELP GUIDE THE PROVISION OF ADDICTION TREATMENT OUT OF THE SHADOWS AND INTO TRANSPARENT, MAINSTREAM HEALTH CARE. THE INFORMATION PROVIDED ON THIS WEBSITE IS FOR INFORMATIONAL PURPOSES ONLY AND IS INTENDED AS A PUBLIC SERVICE. ANY QUESTIONS OF A LEGAL NATURE SHOULD BE DIRECTED TO AN ATTORNEY, AND THE INFORMATION ON THIS WEBSITE IS NOT INTENDED TO REPLACE LEGAL ADVICE FROM A LICENSED ATTORNEY IN YOUR STATE. BY USING THIS WEBSITE, YOU ACKNOWLEDGE THAT YOU MAY NOT RELY UPON OR REFER TO THE CONTENTS AS BEING LEGAL ADVICE OR GUIDANCE PROVIDED BY JEFFREY C. LYNNE, ESQ., WITHOUT HIS PRIOR WRITTEN CONSENT.