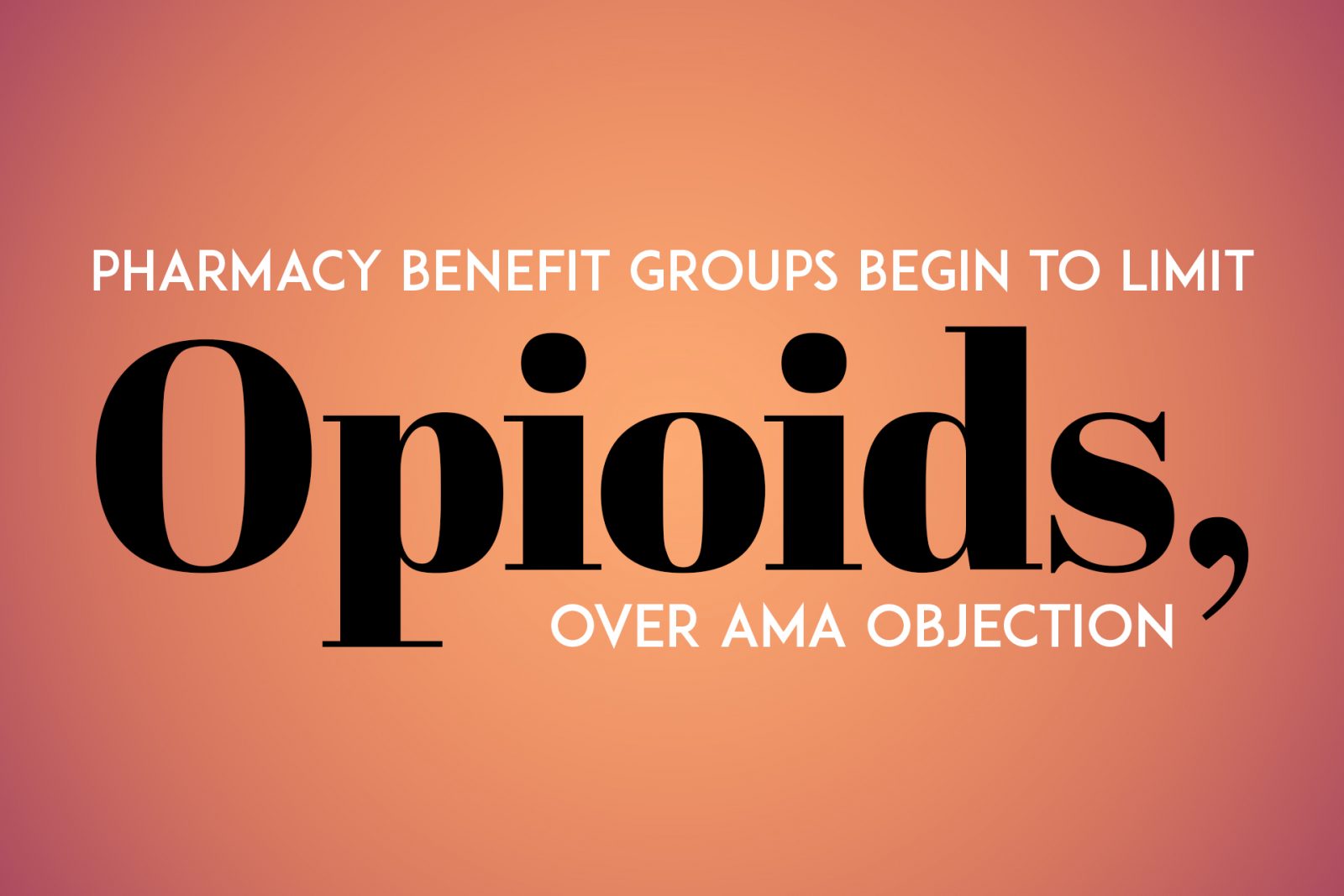 Express Scripts, the country’s largest pharmacy benefit manager (PBM), announced plans to roll out a new program nationwide that will limit the number and strength of opioid medications that doctors can prescribe to first-time users.

The program, which will begin on Sept. 1, is being put in place to help reverse the country’s opioid epidemic, according to the Associated Press. President Donald Trump last week said he was prepared to declare a national emergency to combat the deadly opioid crisis.

The move by Express Scripts was met with resistance by the American Medical Association, the largest U.S. organization that represents doctors. It said decisions about prescriptions and treatment plans should be made by doctors and patients, the AP reported.

In a pilot study of more than 100,000 members new to opioid therapy, the company saw a 38% reduction in hospitalizations and a 40% reduction in emergency room visits when compared to a control group during 6 months of follow-up.

The AMA does not support the program’s expansion.

Medicaid has implemented policies such as prescription drug monitoring programs, quantity limits on opioid dispensing, prior authorization requirements, preferred drug lists and patient review and restriction. In 2012, 15% of Medicaid enrollees had at least one prescription opioid claim, and the program paid more than $500 million for more than 34 million claims for opioid drugs.

Cigna also recently announced that it recorded a 12% decline in customers’ use of prescribed opioids in the last year, which it accomplished by leveraging its claims data to detect patterns of misuse and by working with doctors.

Why is the AMA is objecting is left to anecdote, conjecture and speculation.

Saying a “one-size-fits-all” approach regarding the number of prescriptions takes away physician discretion, Patrice Harris, M.D., who chairs the AMA’s Opioids Task Force, told the AP that doctors have already voluntarily reduced opioid prescriptions by 17% and are directing patients to other forms of pain management.

AMA, American Medical Association, Cigna, Medicaid, Opiods. Prescriptions
SOBER LAW NEWS IS A LEGAL WEBSITE PROVIDING NEWS, COMMENTARY AND OPINIONS ON THE ADDICTION TREATMENT AND RECOVERY SERVICES INDUSTRIES. THE ARTICLES REPOSTED ON THIS SITE TAKE AN IN-DEPTH LOOK AT CURRENT TRENDS IN THIS DYNAMIC HEALTH CARE SECTOR AND THE LAWS THAT GOVERN ITS REGULATION AND GROWTH. OUR HOPE AND PURPOSE IS TO PROVIDE RELEVANT AND ACCURATE INFORMATION TO THE PUBLIC AND TO POLICYMAKERS THAT WILL HELP GUIDE THE PROVISION OF ADDICTION TREATMENT OUT OF THE SHADOWS AND INTO TRANSPARENT, MAINSTREAM HEALTH CARE. THE INFORMATION PROVIDED ON THIS WEBSITE IS FOR INFORMATIONAL PURPOSES ONLY AND IS INTENDED AS A PUBLIC SERVICE. ANY QUESTIONS OF A LEGAL NATURE SHOULD BE DIRECTED TO AN ATTORNEY, AND THE INFORMATION ON THIS WEBSITE IS NOT INTENDED TO REPLACE LEGAL ADVICE FROM A LICENSED ATTORNEY IN YOUR STATE. BY USING THIS WEBSITE, YOU ACKNOWLEDGE THAT YOU MAY NOT RELY UPON OR REFER TO THE CONTENTS AS BEING LEGAL ADVICE OR GUIDANCE PROVIDED BY JEFFREY C. LYNNE, ESQ., WITHOUT HIS PRIOR WRITTEN CONSENT.