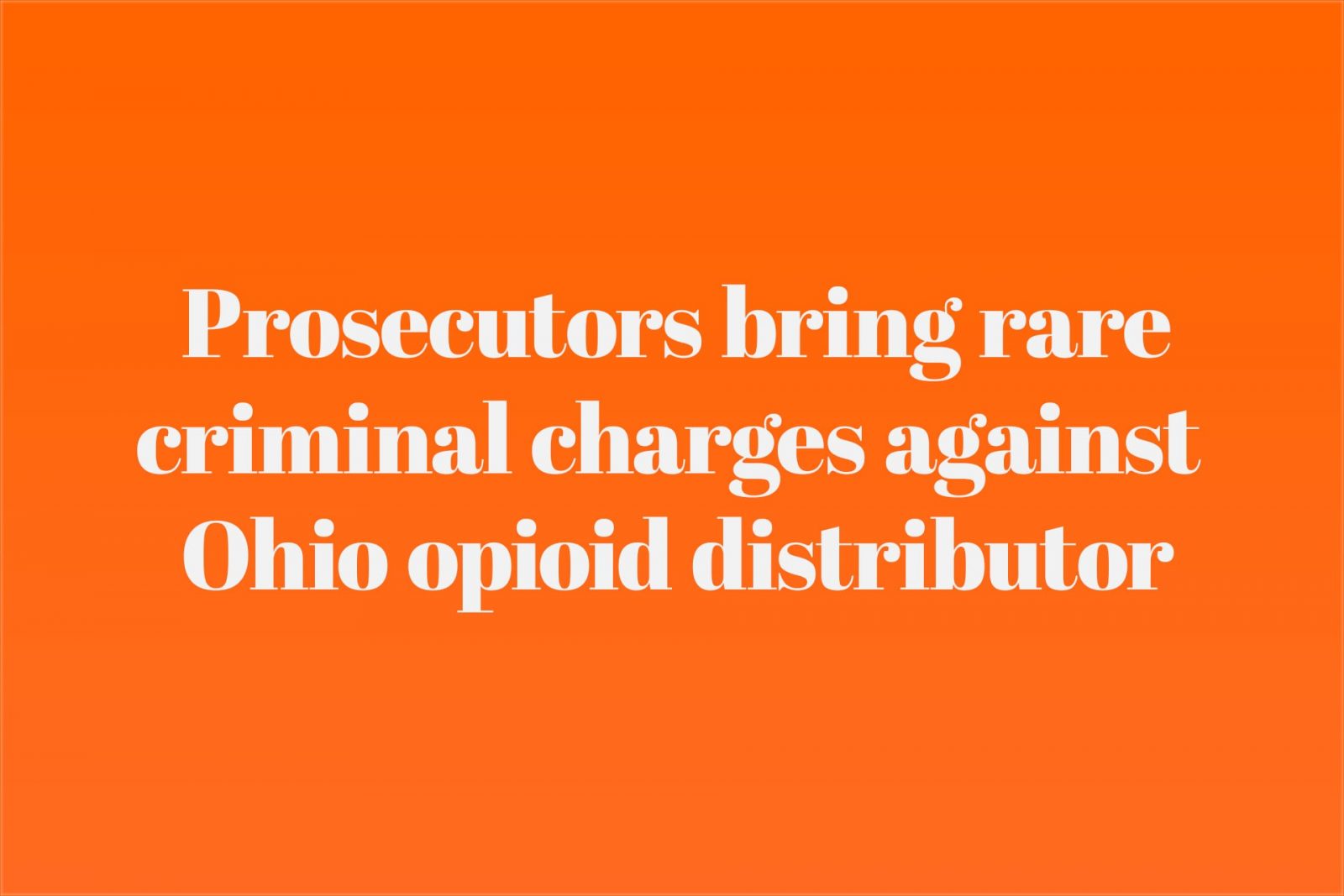 Federal prosecutors in Cincinnati filed criminal charges Wednesday against an opioid distributor and two of its top former officers, including its Compliance Officer, accusing them of conspiring with doctors and pharmacies to pour millions of addictive pain pills into Ohio, West Virginia and Kentucky.

The indictment of Miami-Luken, its former president and its former compliance officer was the second time in three months that federal prosecutors have used criminal laws against a drug distributor in their efforts to stem the prescription opioid epidemic. That is a more aggressive posture than the Justice Department has used since 2007, when it began using civil and administrative actions to enforce laws against drug distributors.

“There’s a need, in my opinion, to devote sufficient charges right here and now to stop the dying,” U.S. Attorney Benjamin C. Glassman said about why the agency used criminal statutes. “We have to devote the resources to cut off the supply of the drugs, whether it’s synthetics or it’s prescription opioids or both.”

In April, we also reported that the U.S. attorney in New York brought criminal charges against Rochester Drug Cooperative, another opioid distributor, in the first use of that tactic against a middleman in the drug supply chain.

Many will recall that a 2017 “60 Minutes” report uncovered that DEA investigators wanted criminal charges filed against executives of the largest drug distributor in the United States, McKesson Corp., after they built a case against the firm alleging violations in nine parts of the country. But they were rebuffed by federal prosecutors and the Justice Department, which settled with the company and fined it $150 million.