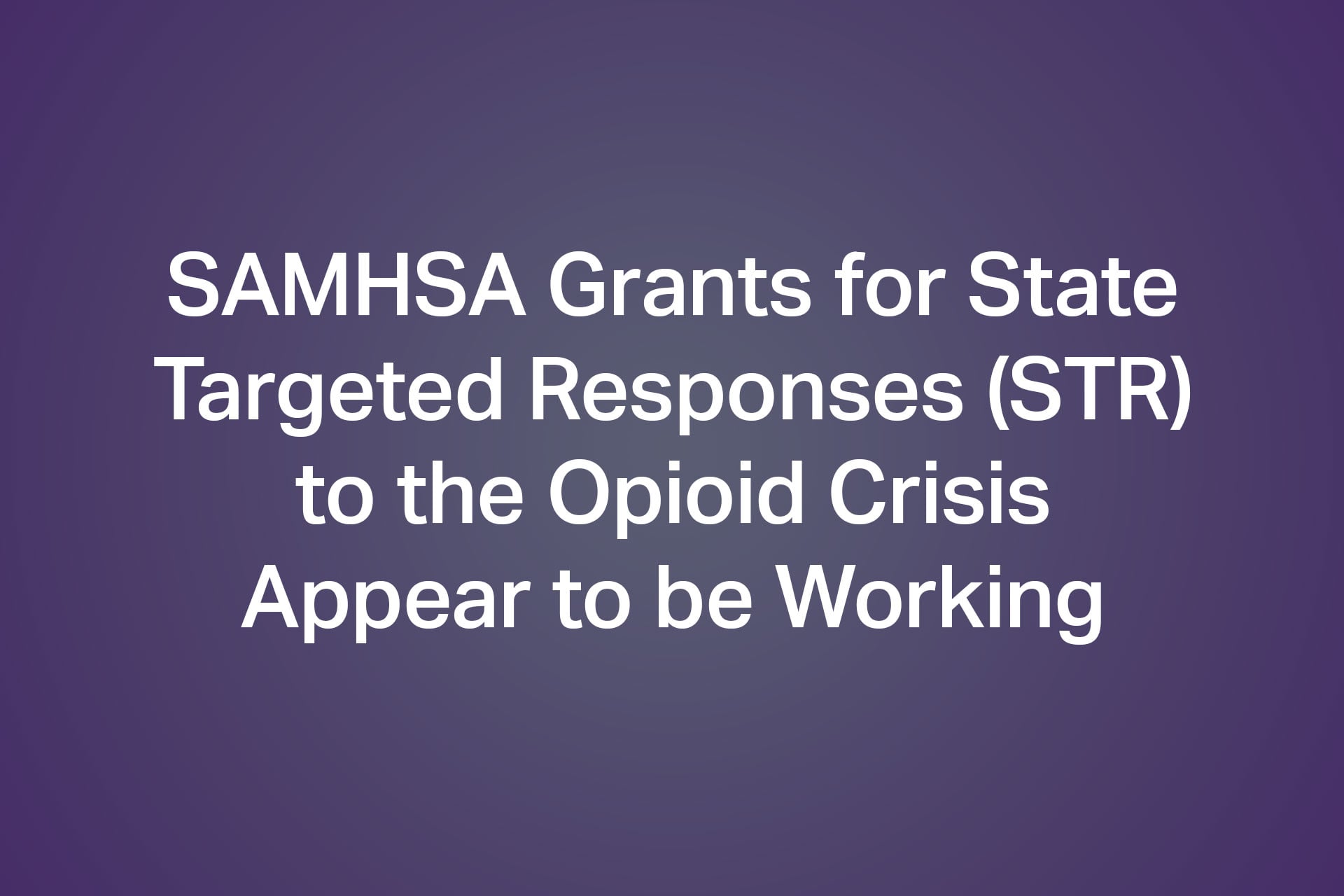 Every so often, we are very happy to report what is otherwise good news.

On March 28, 2019, the US Department of Health and Human Services, Office of Inspector General (OIG) completed Audit A-03-17-03302 of the Substance Abuse and Mental Health Services Administration (SAMHSA) management of the awarded State Targeted Response to the Opioid Crisis (Opioid STR) granted to States and territories to use for programs that address opioid addiction. The 21st Century Cures Act allowed SAMHSA to award $1 billion in funding, half in Federal fiscal year (FY) 2017 and the other half in FY 2018 based on a formula developed by agencies and offices within the Department of Health and Human Services (HHS).

OIG’s audit covered SAMHSA’s Opioid STR grant award process for FY 2017 (October 1, 2016, through September 30, 2017). During FY 2017, SAMHSA awarded 57 Opioid STR grants totaling $484.5 million. They reviewed documentation provided by SAMHSA pertaining to the grant award process and also evaluated whether SAMHSA’s funding formula was based on the 21st Century Cures Act, reviewed the funding formula elements, and obtained SAMHSA’s explanation for why the elements were chosen.  The OIG also reviewed the formula calculation methodology that SAMHSA used to determine the funding amounts for each of the 57 grants.

The results of that audit were very positive – the OIG found that SAMHSA followed HHS grant regulations and program-specific requirements when awarding Opioid STR grants authorized under the 21st Century Cures Act. Specifically, SAMHSA performed an adequate review of all 57 grant applications and adequately followed up with applicants to address their concerns. As part of the pre-award process, SAMHSA created teams of expert staff members to review the applications and evaluate the information.

OIG also determined that SAMHSA’s funding formula elements (unmet need for opioid use disorder and drug poisoning deaths) were based on the 21st Century Cures Act. According to SAMHSA, these funding elements provided the most comparable and uniform data on a national scale to assess the prevalence of the opioid crisis.

Lastly, the OIG found that the 2018 State Opioid Response grant legislation provides an additional 15-percent set-aside for the 10 States with the highest mortality rates related to drug poisoning deaths.

It’s always good to learn that when such significant federal funds are set aside for a specific purpose, particularly a response to the national opioid epidemic, that those funds appear to be spent as and where they are supposed to be.

A summary of the report can be found here.

The full report can be found here.